In 1934, NV Nederlandse Lloyd (Nedlloyd) established a ping-pong club for its staff. Nedlloyd was an insurance company for shipping and was renamed Delta Lloyd in the early 1970s. The table tennis hall was located in the former Delta Lloyd building on the Nachtwachtlaan. In 1978 the table tennis club continued as an independent club under the name Amsterdam ‘78. After a stopover of a few years in a gym in Osdorp, the club rented the premises of a former printing office on Schoolstraat, our current location. The property was purchased after a few years. In 2019 a new home for the club was found in a former office building on Baarsjesweg 265H. After a renovation the club moved in January 2020. 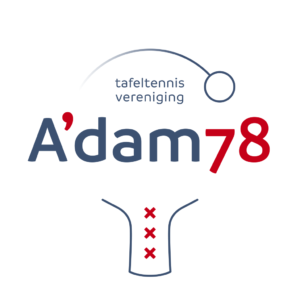